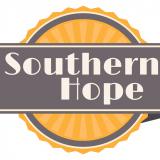 SouthernHope 2090 replies211 threads Senior Member
January 16 edited January 16 in Admissions Hindsight and Lessons Learned
I was thinking over Christmas of my son's circular path into the right college and his story might be reassuring for parents/students who assume that if it doesn't work out right away, it's not going to work out at all (i.e. people like me).

Brief overview: D1 applied to 14 colleges, got into 13, all went well. S1 is a different breed. Super-smart but. He applied to 6 or 7 random colleges (not even sure how they were selected other than the 2 state schools) and didn't apply anywhere in time for merit awards, etc. At the end of the road, he got into Cornell but couldn't attend because of our finances. We/he decided on the state university at the absolute last minute......like mid-july last minute....and he had missed all deadlines for the Honors college. He went for a 1st semester try on it and got the grades (a 3.9) but screwed up on the "full-time" qualification (he was 14 hours and they wanted 15 hours.....yes, the counselor should have told them that but its a huge state university and, honestly, he was one of hundreds and hundreds of kids that she saw).

Things went downhill after that....I partly wrote about it in in this post as he started Year 2:
https://talk.collegeconfidential.com/parents-forum/2098369-on-dropping-my-kid-off-for-year-2-at-his-ill-fitting-college-p1.html

In Year 2, his gpa went down further and he lost a financial award that was paying tuition. And then no internship and he worked at the pizza parlor.

But then something happened during the second semester of Year 2.....and I don't have a secret bullet here...it was a combo....partly meeting up with friends (who had all gone away to elite colleges) over Christmas and hearing their stories, partly a new pre-med girlfriend, partly just a "what is going on here?". partly i don't know.

And to bring a long story down to short....he turned around his grades in a big way (scholarship restored), he switched majors, he was chosen for a very competitive academic debate team, against all odds he applied for a scholar program where students have their own teachers and are integrated in with grad students and somehow was one of 10 students selected. And now christmas of his Junior year, GREAT!

So had I read a story like this two years ago, it wouldn't have helped me at all! (you can't change an old dog). But maybe some of you reading this now will find value in knowing that things can start out poorly and then right themselves.
January 16 edited January 16
3 replies
16 · Reply · Share

Replies to: On playing the Long Game when it comes to college (one personal story)