Lily Wuerth will be live on our Instagram page today at 3pm ET to talk about how she used extracurriculars to get into Georgia Tech. ASK HER ANYTHING!
GUEST STUDENT OF THE WEEK: Rohan is a freshman at Dartmouth (and loves it) having gotten in ED for the Class of 2023. He's here to debunk myths regarding admissions and student life at his school. ASK HIM ANYTHING!
Make sure to check out our May Checklists for HS Juniors and HS Seniors. Consult these quick resources to get you started on the process this month.
As we work to adjust to the current reality, make sure to check out these dedicated COVID-19 resources: our directory of virtual campus tours, our directory of extended deadlines, as well as the list of schools going test optional this fall. 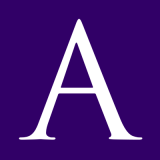 This is the second publicly addressed hate incident according to the Amherst Student Newspaper: