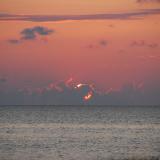 bluewater2015 559 replies5 threads Member
September 2016 in Athletic Recruits
Periodically there has been discussion here on when does recruiting start and how reliable are early unofficial offers. This article mentions a New York Times study on recruiting in different sports, which found a big variation by sport - from over 30% getting early unofficial offers in lacrosse, to 4% in football.

It found 20% in volleyball, which is consistent with my sense that stars tend to be locked up early, and things happen later for others.

Anyway interesting to me because variations by sport are probably a reason for the varying perspectives people have expressed here on this topic.