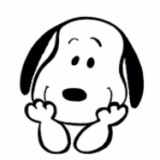 dogsmama1997 481 replies30 threads Member
January 2019 in Athletic Recruits
Have any of you had experience with soccer ID camps? I have read several times that kids should be going to school specific camps but I wonder if there are multi school camps that are worth it. Because soccer recruiting for girls starts so early the girls have no idea what they want in a college. I wonder if this is a good way to begin "casting a wide net." Specifically wondering about EXACT Academic 50.
January 2019
60 replies
1 · Reply · Share
«123»