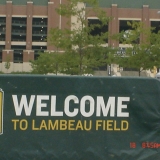 going4three 49 replies5 threads Junior Member
February 26 edited February 26 in Athletic Recruits
So I hear that colleges want the boys to be in the driver's seat for recruiting and that I need to take a back seat soon. Trying to learn about options for my son. Plays for a good travel team as we are in Western Canada, so no school baseball team. Trying to juggle preparing him for college and baseball recruiting too with low income is tough. Not sure where to find help to build a reasonable college list. Many people say to get started around now but where to start? Educational goal is Environmental Lawyer some day! He's a US citizen born abroad. Any guidance would be appreciated.
February 26 edited February 26
17 replies
0 · Reply · Share