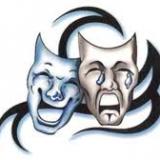 Thespiandad 79 replies5 threads Junior Member
April 2017 edited June 22 in Bucknell University
Did anyone else go to the Gateway program at Bucknell last weekend? (ignore the name - the thespian is my Acting Soph, was at Bucknell with my psych and biology H.S. junior). Just wanted to see whether anyone else thought the program was one of the worst presentations and a total turn off. We started with the Dean of Admissions - boring and monotone, and his only selling points were an early 1900s grad in the baseball Hall of Fame and two teams in March madness this year. Seriously? 45 minutes and nothing about the global outlook, research opportunities and employment prospects for Bucknell graduates? he would have been great as a 5 minute intro to a real program, but 45 minutes? Then a generic program how to not be admitted to a competitive college. An hour and nothing specific to Bucknell, nothing not common sense (proofread so you do not name Haverford in your Bucknell essay), and nothing that I didn't hear Lehigh, Lafayette, Brandeis, Princeton or Emory say in 5 minutes before moving on to a real program. Hint - set up a panel of students to talk about their experiences, what they learned, class size, research, jobs, life on campus, all the things my kid actually cares about, or get a dynamic staffer to address those points, do not drone on about your basketball teams.

My son identified himself as a potential psych major, and wa sent to the Social Science break out session. Presumably, all of the other kids there expressed an interest, if not an intent to major, in a Social Sci area. The Dean of the department spent 40 minutes with a power point telling everyone why one should major in a Social Sci area - mentioned that CEO's at Fortune 500 companies include English major at least 5 times. Did not talk about the programs at Bucknell, the faculty credentials, faculty research, class size, just how majoring in Social Science somewhere would be good. for the last 5 minutes he has one student speak of why she majored in psychology and how great it is that she has a job in HR after she graduates. again ,zero about life at Bucknell. Then the Dean was asked 2 questions - describe Bucknell in 3 words, which he described in terms of how the school supports him, his research and interests, not in terms of what Bucknell does for students. The other asked whether HE used undergrads on his research team. He talked about how he is trying (TRYING?) to hire new faculty as he adds staff who will use undergrads on their teams. Left everyone with the impression that the old profs do not welcome undergrads into their labs or studies, and he never spoke about himself, as asked. Oh, there was one more question - describe the diversity among the undergrads at Bucknell (note: the **** description is rich, white, conservative and preppy) - he was honest - "it is no where near what it should be, better than when I arrived here 26 years ago, but nowhere near where it should be." Then we went to the math/science group - in the school theater, and the speaker, a math prof started by belittling the theater students ("We do not use this room for classes, it is where the theater kids do whatever it is they call studies" and "gee, I hope I do not fall off of this stage"

Drove 6 hours roundtrip in hope that my son could add another option (he is a 4.0 student at a top high school with SAT/ACT scores well over the median, so Bucknell is a "safe" school for him) that is the right size and reputation to add to the schools I already mentioned, and a few other schools at the high end. He hated it. The trips are designed to let him see what he does not like, as much as they are intended to find schools he likes, so no complaint simply because he hated it. However, it seemed to me that the school had no clue how to run an open house, or were trying to turn off everyone who was thoughtfully looking at more than reputation.
April 2017 edited June 22
7 replies
Post edited by CCAdmin_Vic on June 22
0 · Reply · Share