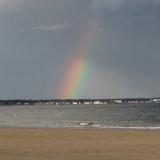 GraniteStateMom 355 replies11 threads Member
July 2012 edited July 2012 in California Institute of Technology
My son is a rising Junior and has been fascinated by Cal Tech since middle school. I am hoping that some of you may be able to give suggestions for his Junior and Senior years in HS to help him not only be a competitive applicant for schools such as Cal Tech but to also enrich his learning. Junior courses are already selected, naturally, but he can still switch things around. Here is some background info about what he's done thus far:

Classes / Grades: In addition to the typical honors humanities courses, he has just about maxed out on the science and math offerings at his school. He has taken honors bio, chem, physics, AP chem, AP calc AB and received As in all. For junior year he plans to take AP physics C (online since the HS doesn't offer), AP Stats, and AP calc BC (independent study since HS doesn't offer it) - plus English, History, Mandarin.

Testing: He hasn't done a lot of planned testing yet - will be taking PSAT, SAT, and re-taking ACT this year. At the end of 9th grade he had to take SAT subj test is bio and chem. Got a 730 or 740 in bio and a 760 (maybe higher ) in chem. Also took SAT Math level 2 with an 800. He took the ACTs without studying last year as an indicator since his sister was taking them and got a 35 with a relatively poor score in writing due to running out of time. APs - 5s in chem and calc AB; 4 English Lang.

ECs: He is on school math team, Science Olympiad, FIRST (one of the lead programmers), varsity alpine ski team, and does other community service activities outside of school. He has earned a number of 1st place finishes on the state level in SO but nothing higher than low teens nationally. He will be an SO captain this year.

Summer: Summer STEM at Annapolis last year. This year he is doing a STEM camp at an engineering school in Massachusetts.

Questions: 1. What math / science courses should he be taking for senior year? And should he switch anything around this year? The only other science courses offered at the HS that have rigor are honors anatomy and AP bio, neither of which interest him. 2. Should he re-take the SAT 2 in chem? I'm sure he could do better now than he did as a freshman, but is it worth it? 3. I"m not sure if Cal Tech offers this option, but some schools offer early admission to students finishing junior year. Would that be worthwhile to consider? 4. Any other suggestions?

Replies to: Suggestions for HS courseload