Out of these two schools which school would you choose and why? 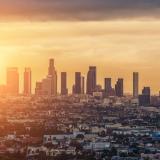 Replies to: Out of these two schools which school would you choose and why?