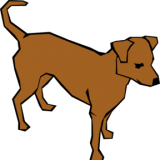 Lenitus 5148 replies271 threads Senior Member
June 2010 edited December 2010 in Christian Colleges
"The question facing universities looking to compete in the booming market for online higher education is not so much how to do it, but how to distinguish themselves from the rest. In this, Christian universities appear to have a built-in advantage. And many are seizing the opportunity to expand their footprint."