Which letter of recommendation looks better? 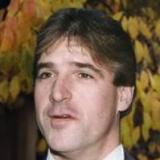 tomatox1 810 replies101 threads Member
February 2013 edited February 2013 in College Admissions
1. Suzy was a hard worker. Even though she was very uncomfortable with the difficult material, she came in every day after class to consult with me. She ended up with a 92.

2. Johnny was extremely smart. He aced every test and exited the class with a 99.9%.

3. Robert initially got a C- on the first major test. However, he generally improved over time and finally received a 94 at the end of the year.
February 2013 edited February 2013
3 replies
Post edited by tomatox1 on February 2013
0 · Reply · Share

Replies to: Which letter of recommendation looks better?