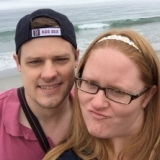 prezbucky 4329 replies12 threads Senior Member
April 2015 in College Confidential Cafe
Just for kicks -- or really, as my mind wandered last night as i struggled to fall asleep -- I came up with a sort of "Ivy :eague B" idea. This is not new, as the Little Ivies pool is a known entity. But given how we as humans enjoy putting our own twists on things, I'm posting it. This might be worthwhile: herein students will see a list of high quality schools, some of which might not be known to some students who peruse this site. I'll try to make it mirthful also.

Without further ado, I give you...

Now for the mirthful part: the head-to-head matchups (I messed with the "ranking order" here a bit to yield juicier promo lines...) --

Harvard vs. MIT -- The Battle of Cambridge. Crew teams from *the* Cambridge U paddle across the pond to judge and witness the Boston Brain Feats of Strength.

Yale vs. Stanford -- We find out if the tree moves when a bulldog pees on it.

Princeton vs. Caltech -- "Theoretically, I could kick your *ss."

Penn vs. Duke -- God vs. Satan in the form of Quakers and Devils...

Dartmouth vs. Northwestern -- Most of the kids would (based on school reputation) be polar opposites: the preppy alcoholic party-freak Dartmouthians and the relatively quiet, nerdy Northwesterners. Opposites attract; cue Marvin Gay.

Brown vs. Washington U -- These schools have (aside from maybe Valparaiso and Tufts) the ugliest school colors: green and red (Wash U) and seal brown and red (Brown). Imagine them getting together on a football field or a basketball court.


That was fun, thanks!

Replies to: Ivy League B