Do you think class schedules should be in military time? 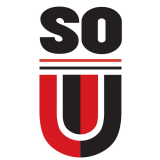 Replies to: Do you think class schedules should be in military time?