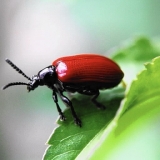 I'm working on some of my essays and in one of them I'm writing about Science Olympiad. Now "Science Olympiad" takes a bit of space to write out and gets a bit repetitive, so would it be okay to abbreviate it to "SciOly"? SciOly is used by most, if not all, competitors. It's also much more brief than writing out "Science Olympiad". I would indicate this change by putting "Science Olympiad (SciOly)" after the first time I use it.