Having Trouble Adjusting to College/Making friends? Top 10 things to do 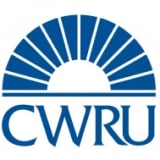 bopper 14316 replies102 threadsForum Champion CWRU Forum Champion
September 2015 in College Life
This time of year we see many posts about how they are having a hard time adjusting because they don't have any friends. With all of these, obviously try to do them with your roommate as well. But if that is not working out, then...

1) During Orientation, go to as many activities as you can. Ask people in your hall way if they are going. Introduce yourself..they are looking for friends too. "Hey, I am Pat...what are you majoring in?"

2) Go to the Activities Fair and sign up for a bunch of clubs that are of interest. They may not all pan out, but don't eliminate anything yet. If you are into music/D&D/running/church/whatever, you can find other people who are interested too. Service clubs are great because you spend time working together.

3) Talk to the people on your floor....Get some cookies and offer them "Hey I have cookies, anyone want some?" and then strike up a conversation about where they are from, what they are majoring in, etc. People like to talk about themselves...let them. Don't make it too long...move on to others.

4) At dinner time, ask your roommate/people on your hall if they are going to dining hall. Go with them. See if people in your dorm generally sit in the same area.. Join them.

5) Go to any dorm activities your RA has set up. If you are still having issues, talk to your RA. See if they have ideas. If not suggest that they have one. Maybe a movie and pizza?

6) Join your dorm's intramural (or any intramural) team.

7) Talk to others in your classes...exchange numbers so that if either of you miss you can exchange notes... Ask what someone got on a homework question (that you did too)...once you get to know them, ask if they want to form a study group.

8) If this isn't working, go to the Counseling Center...they are ready to help freshman this time of year. Don't think you are a loser because you have to go...this is something you pay for! Get the benefit! You may need to learn some new social skills. They may also have group talks on Homesickness or fitting in.

9) Go to ongoing campus activities..concerts/movies/lectures/parties. Invite someone/group of people or just sign up and meet people for activities that might be off campus.

10) See if your dorm/floor has a GroupMe Group set up...otherwise suggest to someone who is extraverted that it might be a good idea. Then people can send a group text that they are showing a movie in the lounge or are baking cupcakes in the kitchen.

You may notice that all of these things take some action...they are not passive. You have to take initiative. But the risk is small...if someone says no, then just say "Maybe another time".
September 2015
59 replies
38 · Reply · Share
«123»

Replies to: Having Trouble Adjusting to College/Making friends? Top 10 things to do