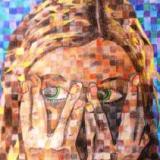 BrooklynRye 728 replies6 threads Member
January 6 in College Majors
Pardon me if this thread is redundant, but my research on CC failed to turn up a thread dedicated to post-BFA employment experiences. When our daughter matriculated at RISD she was required to do an entry project involving social media. She chose to use social media, including FB, Twitter, and LinkedIn, to survey high school students regarding their experience in seeking support from their parents and peers when applying to undergraduate fine arts schools. Predictably, many parents were loathe to financially support an undergraduate fine arts degree. Largely this was due to concern that their child would not be able to get a job out of college, let alone earn enough to be financially independent. There were also a lot of concerns relating to fine arts indicating a lack of focus, e.g., "a nice hobby but not a life choice."

Now, 4 years later, a semester away from graduation, we are curious as to the experiences of those who took the road less traveled. Was it what you thought it would be? Was it worth it? Do you have a job or hard prospects looking toward graduation?

For the record, most of our daughter's peers seem a bit aimless. Most do not have jobs. Most don't seem concerned. Painting and Drawing majors seem the most at sea. Architecture, Industrial Designers, and Graphic Designers the most driven and proactive. We will be interested to see where the members of her graduating class land.