These Colleges are Still Seeking Students for Fall 2015 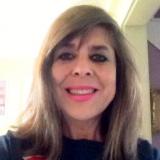 Here is a link to the 2015 "College Openings Update," which is published annually at this time of year by the National Association for College Admission Counseling. It lists colleges and universities throughout the U.S. (and a few beyond) that still have vacancies for the coming fall.

Note that some colleges have spaces only for transfers and not freshmen ... or vice versa. The list also indicates which colleges still have financial aid and housing ... and the vast majority do.

There will be additions to the list in the days ahead, so check back often. But if you're interested in any of the places that are already included, don't dawdle!
May 2015
56 replies
3 · Reply · Share
«123»

Replies to: These Colleges are Still Seeking Students for Fall 2015