Pressure for the Ivies 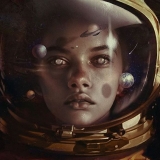 anxiouswreck 292 replies34 threads Member
December 2017 in College Search & Selection
Hello everyone! I'm currently a senior that is wrapping up her college apps and I really am stuck in a dilemma. Currently, I'm the valedictorian of my class and in a lot of extracurriculars, so I have a reputation as the nerd. My brother, several years older, was the valedictorian who got into 2 ivies and MIT, which adds on to my reputation and the expectations people hold for me. The valedictorians and salutatorians at my school end up at places like JHU, Brown, Dartmouth, Princeton, etc. etc. Everyone, including my parents think I'm pretty much entitled to get into Harvard or something, but I'm really not. Everything is such a crapshoot and my application is weak, my ECs don't stand out, and I tried really hard on my essays but I'm just not interesting enough and I can't write with that quick wit and brilliance that gets kids into top colleges. The competition at my rival schools are crazy too, the top kids there are much more qualified than me and are applying to the same places. I've already accepted that I'm going to Northeastern or UConn, but I don't know how to deal with that socially. My parents are surely going to be disappointed because I suffered quite a lot to get where I am, and now they won't get to brag to others how they have a son from Harvard and a daughter from like Yale or something. My mom said if I go to Northeastern she won't tell anybody about it and only talk about my brother... lol. And I feel like everyone at school is going to be mean about it, just like they were to the salutatorian last year who was brilliant and is currently at a school like UConn because he got rejected from Dartmouth and MIT. When people hear I applied to Harvard, they always go "oh you'll get in! your grades are awesome and you're so well-rounded!" and I just never know how to break it to them that it's not enough. I got deferred from Harvard, and my mom added a slew of colleges to my list just hoping that I'll get somewhere she can brag about.

So the bottom line is: how do I deal with all this crazy "top college" pressure? I'm cool with not going to a top 20 school and being the "less cool" sibling (I've been overshadowed all my life anyways

)). But it's like everyone is expecting something so fabulous from me and I need to somehow tell them that I can't really deliver. And yes, everyone will know where I'm going to college because they announce the Top 10 at a ceremony in front of the whole school in May.
December 2017
34 replies
0 · Reply · Share
«12»

Replies to: Pressure for the Ivies