I probably won't be accepted to UCLA, what should my safety school be? 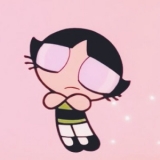 muzzles 101 replies13 threads Junior Member
January 2018 in College Search & Selection
Hello Everyone!
I'll be attending Los Angeles City College this semester, I just transferred from Sacramento City College and I want to transfer into Business Economics at UCLA. I finished two semesters so far and I had to skip a semester because of family problems. My grades aren't stellar (my GPA is a 3.345 so far). I just barely got a C in Trigonometry and I think there is just no way I'll get accepted into UCLA. I'm not sure what school to apply for now, because that's the only one I cared about.

Replies to: I probably won't be accepted to UCLA, what should my safety school be?