I Need Matches and Safeties... And Maybe Lower Standards 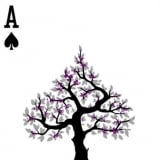 Female from TN, rising senior
Will need aid
White and like fourth-gen college student (What’s a hook? Haven’t heard of her…)
Don’t want to go to my parents’, uncles’, aunt’s, or grandparents’ alma maters, so no legacy, unless you count my dad’s cousin.

ECs:
Climbing, 9-12: Actually 4-12, but they wouldn’t appreciate putting elementary school on the
Common App. I started seriously competing in sophomore year. I’m not excellent, but I love it and definitely plan on climbing in college. (I’ve also been on my team since 8th grade.)
Science Bowl, 9-12: I wasn’t on the team freshman year, but I was on the same team
sophomore and junior years. I glowed up from alternate to captain. We made it to the round of 8 and got knocked out by the same school as we did my sophomore year. No officer positions, but as senior I’ll assume more HBIC duties.
Science Olympiad, 9-12: Actually 6-12, but whatever. I’ve done close to 20 events and gotten over a dozen medals at Regionals and States, mostly in Astronomy and Ecology. I’m the Vice President of Academics next year.
GSA, 9-12: VP junior year, President senior year. We don’t actually do very much, but the
younger members really really like it.
Linguistics Olympiad Club, 9-12: VP junior year, President senior year. (Side note: all of the
VP==>Presidents of this club have gotten into Rice, as far as I know. But that’s more of a
correlation thing than a causation thing, unfortunately…) Participate in NACLO and do
nerdy twists on random memes. (Won’t mention the last part.)
I’m also going to put Biology Olympiad, 9-12 (I’ve technically been VP all four years, but that’s kind of a dictatorship situation); Mu Alpha Theta, 10/11-12; my job at the climbing gym (9-12); and German Club (9-10) on my Common App.

Summer Stuff:
Kinda bare. I did the Governor’s School for Computational Physics (a selective summer program, and definitely the nerdiest Governor’s School in the state) this summer, where I learned a lot of math, basically no physics, and a healthy dislike for Fortran 95.

And now, the weirdly long list of constraints that leaves only Rice as a viable school:
-I will not consider a school that isn’t LGBTQ+ friendly. I will not be in the closet in college.
-I like schools in urban areas (especially large cities), with bonus points if they have a pretty campus with at least two trees
-I want to have the freedom to have multiple majors and/or majors in varied science fields. (Right now, I’m pretty interested in ecology and evolutionary biology, earth sciences, environmental science, geology, astrophysics, and maybe math, but as a minor if at all.)
-I’d prefer STEM-focused schools, especially those with research opportunities for undergrads. (If a school isn’t primarily science and math nerds, I still want it to have a nerdy atmosphere.)
-I don’t care about sports.
-My dad is in law enforcement and is convinced that I’ll be shot immediately if I go to school in NYC, LA, Memphis, or Chicago. (JHU is seriously pushing it.) He also doesn’t want me going anywhere “too liberal”, as if my gay, atheist, science-loving self could go anywhere conservative.
-No religious colleges--I’m not religious.
-I need aid, so the UCs are out.
-I prefer smallerish schools to huge ones, but don’t really care between private or public with all other things considered.
-And finally, the one that makes me sound high-maintenance beyond belief: I really, really want to have a climbing gym within walking, biking, or public transport-friendly distance from my school. (Most large cities--and some small ones--have one or more gyms, which is good.) Bonus points if the school has a climbing team, but it’s OK if they don’t.

And suddenly, I have Bo Burnham's "Lower Your Standards (If You Want Love)" stuck in my head.

Replies to: I Need Matches and Safeties... And Maybe Lower Standards