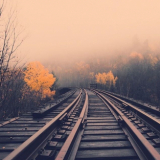 calitoeast 76 replies9 threads Junior Member
June 2018 in College Search & Selection
Hi,
What are some colleges that consider Asians a minority and need more for diversity in their student population? I think Smith and for a while, Skidmore used this logic. Thanks!
June 2018
81 replies
1 · Reply · Share
«12345»