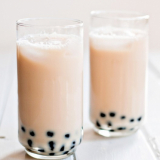 - debate: policy debater for 3 years and counting & team leader/captain for my team. i've gotten octofinalist and semifinalist at state along with winning other smaller tournaments. i'm also a volunteer debate coach at a local middle school with 40+ members in the club.

- science olympiad: 6 years in scioly and i was build team captain for our school's A team this year (it's a competitive tryouts process) and our team has won first at state and second x2. i've gotten several awards at HS state, all ranging from first to third.

- model un: club officer on our school's board senior year and like scioly, 6 years of participation.

- volunteer research assistant: i'm working on three internships/projects this summer. one is in a virology lab. the second is helping a local professor w/ her summer research on justice-impacted youth w/ an emphasis on parental incarceration. the third is with another local professor studying chinese foreign policy with the US.

- non-profit board member: i'm on the board for a medical nonprofit and i manage media presence (website, social media, etc) and help organize our events, like hosting workshops to raise funds.

- national history day: i'm the president our of school's nhd club and have qualified to nationals a total of 3 times, winning several state awards and one at nationals.

i intend to major in either microbiology or anthropology. here are some things i look for in a school:

- medium to large sized school (5k is the smallest i see myself at, a lot of schools i like have a 20k+ population)
- suburban or urban area, no rural
- financial aid is a must
- i'd like to debate in college, so a school with a program (policy debate preferred, but parli is fine)
- diversity is important to me, especially a good asian community