University of Florida vs McGill 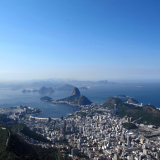 BelmontVA 86 replies8 threads Junior Member
April 5 in College Search & Selection
D’s current preferred school among her admitted ones is the University of Florida. Parents’ preferred school is McGill. While the ultimate decision will be up to D as this will be her journey, I would appreciate others’ perspectives on these two schools.

Her intended major is communications (though not 100% sure) which is offered at the College of Journalism and Communications at the UF vs a minor only at McGill so her major at McGill would be in other majors in the Faculty of Arts, e.g. linguistics. Intend to return to the US post graduation for employment or a law degree.

While D generally prefers a city/suburban type of setting where McGill is more attractive, her biggest concern with McGill is it is a Canadian school, especially under the current COVID-19 crisis the US-Canada border is closed. We are from the metro Washington DC area so distance wise both schools are about the same.

Academically McGill seems slighter better though both are strong. McGill has a 4.5 academics star vs UF's 4 stars in the 2020 Fiske Guide to Colleges. We are somewhat concerned about McGill’s reputation of grade deflation and no-hand-holding "stressful” environment

D is not a party person but she enjoys sports scenes so it is hard to beat UF from that aspect.

Thank you in advance for your insights and perspectives.

Replies to: University of Florida vs McGill