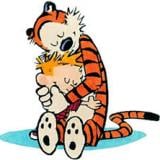 Colorado College has achieved carbon neutrality, a goal it set in 2009 when it committed to becoming carbon neutral by 2020. After a decade of work, the ambitious target has been met — even as the college has increased its building footprint by more than 10% during that time. CC is only the eighth institution in North America, and the first in the Rocky Mountain region, to achieve this goal.

Colorado College stands out among other schools that have reached carbon neutrality in an important way: CC has the greatest emission reductions on campus while buying fewer offsets than any other U.S campus. This means the milestone has been achieved primarily by steep reductions in the college’s carbon footprint on campus.
January 23
0 replies
2 · Reply · Share
Sign In or Register to comment.