IMPORTANT NEWS: CC Forums are now in read-only mode as the team is working on the transition to a new look with enhanced features. We anticipate full service on the site to return on Nov. 24. Read more about this here! 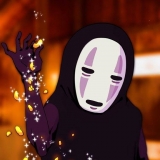 AnArcticMonkey 224 replies16 threads Junior Member
July 2016 in What Are My Chances?
ACT Score: 32
Sat Subjects: yet to come out, in chemistry and literature

Work Experience:
interned at Parliament
interned at companies and startups
wrote articles about the educational system. One article got printed in the state newspaper in 3 different languages.
planning to intern at the same newspaper company

Recommendations:
1 would be my lang and lit teacher about how I'm an ‘’out of the box thinker’’ and a potential 7 student in lang and lit.
2nd would be from EE supervisor. I wrote my ee (world studies) on the conflict in Mali.

Major Drawback: I haven’t won too many major awards. No APs