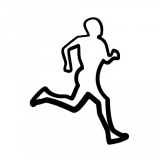 coureur 11196 replies190 threads Senior Member
April 2010 edited January 2014 in Dartmouth College
With the new '14s coming on board I am establishing this thread as a place for Dartmouth parents to share information and advice. I have participated for years on a similar thread for Harvard parents, and it has been very useful. With my second daughter now a '13 at Dartmouth, I think we could use a similar thing here.