How does WSU really compare to UW now? 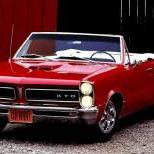 baronbvp 178 replies12 threads Junior Member
December 2010 edited December 2011 in Washington State University
I have heard that WSU is on a new program to build a stronger academic institution by recruiting better professors and building new modern buildings. UW is ranked higher and has a better reputation, and I think WSU has a long-standing reputation as an isolated party school where people can show up to graduate and everyone just cares about being a Coug. I think they want to change that perception as well as the reality.

When I look at the actual programs, I see strong programs at WSU beyond their traditional land-grant school strengths in animal and food sciences. For instance, the apparel design and interior design programs look strong. The interior design majors spend their junior and senior years at the WSU Interactive Design Institute in Spokane with the architecture and landscape architecture majors. UW doesn't even have interior design, though U of O has a great program.

I am not interested in any "Huskies suck, Cougs rule" opinions, or vice versa, but rather the opinions of people who know whether what I have said about the current and future WSU academic focus is true. I am also interested in anyone who has experience with or has gone to both schools and transferred from one to the other.

I have one son for whom the close WSU-family environment may just be a better fit, plus he is interested in their sports management program to end up running a sports team or stadium (or being the PAC-10 commissioner some day!), again a program that UW doesn't offer at all.

Replies to: How does WSU really compare to UW now?