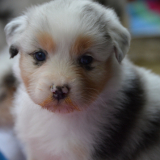 Aussiemom 130 replies19 threads Junior Member
September 2014 in Bryn Mawr College
BMC has been my D's top college choice for several months now after 2 visits. I have recently read that there has been a problem with students with racism and displaying the Confederate flag in dorm rooms.

I would like to hear from current students or their parents about how this is being handled by the college and whether they believe this to be an ongoing problem at BMC. With BMC being such a small school, it could do a lot of harm individually and to promote overall close-knit unity that my D was hoping for.