Things that annoyed you in college 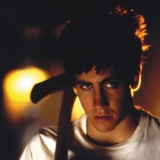 danfer91 467 replies7 threads Member
June 2016 in College Life
So seeing as I'm just a few credits shy of graduating I thought I would start a thread about things in college that people find aggravating or that could be changed. This isn't so much "there's too much work", as that's to be expected in college, but things that irked you that you thought wouldn't be an issue, or things in the front office that could be changed, habits of professors or students etc. This isn't meant to be so serious, just things that were mildly aggravating.

I always found it exceptionally irritating when someone in class asked the professor a question that could clearly be found in the syllabus. Ex.) "How much is this upcoming test worth to our grade?", or, "What day is the exam?". Gee, I don't know, maybe look at that sheet of paper you got on the first day of class that outlines every assignment and every day of class for the whole semester.
June 2016
35 replies
3 · Reply · Share
«12»

Replies to: Things that annoyed you in college