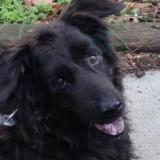 Under the governor’s plan, any college student who has been accepted to a state or city university in New York — including two-year community colleges — will be eligible provided they or their family earn $125,000 or less annually.

If the plan is approved, the Cuomo administration estimates the program would allow nearly a million New York families with college-age children, or independent adults, to qualify. The estimated costs of the program, when fully put in place in 2019, would be $163 million, though the administration acknowledges that estimate could be too low — or too high — depending on participation