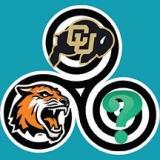 snoozn 990 replies37 threads Senior Member
June 2017 edited June 23 in College Search & Selection
I'm hoping to be lazy by getting quick input here! S18 is eligible for WUE and interested in going to school in California (or east coast, but no WUE there!) He wants a typical 4-year college experience, so I'd like to quickly drop any commuter/suitcase schools off the list. He prefers a city of 100K+ and definitely not rural/middle of nowhere. Aside from that, he's interested in computer science and business majors.

Here's the WUE list (city names are all Cal State's):