The Responsibility of Police Officers 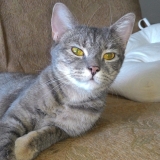 LakeWashington 8927 replies483 threads Senior Member
February 2018 in Parent Cafe
Was it reasonable to expect the sheriff''s deputies to rush into the active shooter event at Stoneman Douglas High School? We hear that the Chief (and politicians) have used the word "coward," and reportedly the arriving cops from the neighboring town were upset to find Broward County deputies taking cover outside of the school building. I recall similar outrage from parents directed at the local police when cops waited to enter Columbine High School in Colorado 19 years ago.

I am not sure at present what was the best course of action. I'd like to believe that I would have been as brave as the teachers who re-entered Stoneman Douglas High School to save students, but I've never been tested like that. Few of us exhibit extraordinary courage. The civilian who made his way up the U of Texas Tower [with a couple of police officers] to stop the sniper comes to mind.

Replies to: The Responsibility of Police Officers