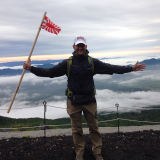 tacoturnup 105 replies2 threads Junior Member
April 2019 in UC Transfers
Hello everyone! It looks like there isn't a waitlist thread for Fall 2019 transfers yet!

Feel free to post stats, ask questions, receive emotional support etc. We are in it for the long run!