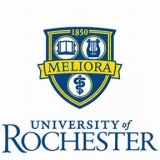 taverngirl 1242 replies37 threads Senior Member
November 2019 in What Are My Chances?
Killing time until decisions come in...

Replies to: Chance my son