How to Advise My Girl? 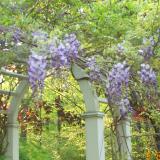 MommaJ 5580 replies189 threads Senior Member
June 2008 edited July 2008 in Parents Forum
I've posted before about my daughter whose SAT's I's (670 M, 770 CR, 720W) were better than her 3.3 unweighted GPA (weighted will be much better, probably 3.7, but I don't have the numbers yet). Her just-released SAT II's kept up the pattern with a 770 in Lit., 690 in US History. She copes with mild OCD and ongoing anxiety disorder, has ADHD and non-verbal learning disability, gets accommodations (sitting the front row of class and extra time on tests, printed copies of any material that has to be copied from the board), but she forgoes them most of the time. She has one main EC, a deep and abiding commitment to the school theater program--she's been in every show since freshman year, and expects to finally get a lead in her upcoming senior year musical (the casting is seniority weighted). This is a huge time-taker, since for weeks before each show, rehearsals are daily and run late. She was just elected to the governing board of the student drama group, but beyond that is simply not a leadership-type. (Hey, somebody needs to be a follower, right?) She has never been one to join clubs just for the sake of saying she's a member, and I can't fault her on that.

Let's see, what else: NHS; Tr-M (music honor society); sings in the school's elite chamber singers; she competed to state regional level in singing, but didn't make all-state; just got the Emerson College Book Award; in top 10% of 650-member high school class, but it's a public school in a small city, with a totally mixed bag of kids, many not college-bound; community service is an ongoing commitment over three years to a group that provides companionship and activities to developmentally disabled kids. Her current and last summer spent as a CIT in the theater section at a performing arts camp she previously attended as a camper. Loves kids and babysits when she can. Not an athletic gene in our entire family tree.

She hasn't a clue what she wants to do in life--it took quite a while for her to realize that a career in musical theater was probably not realistic (she can't dance) and she hasn't quite moved forward from there. (I am in awe of the kids who are so career directed at such an early age--I can't imagine how one can know one wants to be an engineer at 16 or 17, I sure had no clue at that age, nor did my son, who is still pretty aimless after graduating college.) In any case, whatever she does will not involve an iota of math, the bane of her existence. She's not a scholar by nature, doesn't love learning for learning's sake and all that, so I don't see graduate school in her future, unless it is something vocationally oriented.

Soooooo-How do I advise her about what schools to consider? What sort of schools would be reaches, safeties, fit? (We've done a little basic visiting, enough for her to decide that she doesn't want to be in an isolated rural area nor in an urban school that lacks a campus.) I gather from CC and other sources that her scores will be subordinated to her GPA by admissions officers, which makes it hard to assess her fit at colleges based on their stated SAT ranges. I guess she should not be looking at schools where her scores are a fit, but at places where median scores are lower than hers. Does this make sense? Oh yes, we are in the Northeast, and right now, given the way that air travel is spiralling down into expensive chaos, I want her in the Northeast or Atlantic states so that she can use auto or train for travel to and from school. I think she's done awfully well considering the impediments she's had to deal with, and would hope schools would see this, but I know everybody and their dog seems to claim a disability these days, and I fear hers will not register in her favor.

Replies to: How to Advise My Girl?