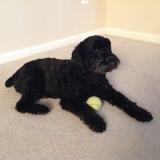 rockvillemom 6941 replies184 threads Senior Member
February 2015 edited February 2015 in Elon University
This national story hits close to home for Elon. He is an Elon parent and was a recent graduation speaker. He was the featured guest/speaker at a fall fundraising kickoff for the School of Communications - he is also a major donor for the new building - part of which will be named for him. A bit awkward.

Elon University launched the public phase of its fundraising drive for new School of Communications facilities at an Oct. 16 gala event for alumni, parents and friends at the Waldorf Astoria Hotel in Manhattan. NBC Nightly News anchor and managing editor Brian Williams, national chair of the school’s advisory board and father of Elon graduate Douglas Williams ‘13, emceed the event. More than 1,000 members of the Elon community turned out to add their support to the $15 million campaign and learn details about the new buildings.

Williams and his wife, Jane, have made a gift to name one of the school’s broadcast studios, which is located in the existing McEwen Building. The renovated studio will include a digital news headline ticker framing an exterior window that opens onto a plaza that provides a new pedestrian entrance to campus at the corner of Williamson and Lebanon avenues.


We rcvd a fundraising letter in the mail this week from the School of Communications - prominently mentioning Brian Williams. Quite the timing!
February 2015 edited February 2015
8 replies
0 · Reply · Share