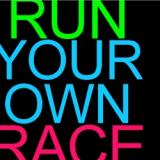 shoboemom 1753 replies305 threads Senior Member
February 2015 in Emory University
The once active thread about Oxford is an older thread. I think the topic could use a fresh start. :-)

I'd love to know more about the vibe at Oxford, social life, academics, transition to main, etc.

We visited last year, both the main campus (which D loved...found it vibrant and exciting), and the Oxford Campus (visited when there were no students there, so it was quiet, but D did like the concept of the smaller, more discussion based classes, etc).

Now she has been accepted to both, with merit for Oxford! Financially, that makes Oxford the logical choice. We'll go back to visit, with students there, soon, but want your input!

Have you attended Oxford? Chime in! Are you on the main campus, but have input from friends at Oxford? let us know!

D started out looking for a small LAC type environment. She wanted small classes, with discussion based classes, in a more supportive, less cut-throat, type environment. Then she visited Emory and loved it. The vibe there was exciting, with a lot going on. The students seemed active and involved, and she was hooked. That visit got her looking at other, larger research Universities.
Since Oxford is marketed as being like an LAC, with research possibilities, starting there seems like it could be the best of both worlds. Is it?

Replies to: Let's talk about Oxford!