Do NOT assume that a Scholarship will be given to Current College Student for Being on Dean’s List! 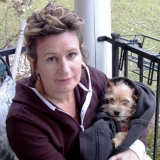 mom2collegekids 84268 replies1046 threadsForum Champion Financial Aid, Forum Champion Alabama Forum Champion
January 2019 in Financial Aid & Scholarships
Last night, I was in discussion with several different families who were “up in arms” because their kids were just named to their schools’ Deans Lists, but the students weren’t awarded any scholarship money for that. Seriously, the discussion got ugly! People get very upset when they’re faced with unexpected high costs.

I don’t know where this commonly-held misbelief comes from, but many think that colleges reward their Dean’s List students (often 3.5+ GPA) with a merit scholarship!! (Similarly, people wrongly think that they’ll only have to pay OOS tuition for one year! Ugh! We need to dispel these myths!!!)

More than one family told me that they let their child choose their college because they assumed that they’d only pay the high tuition rate at the beginning and that “good grades” would mean scholarships from the school. One parent blamed their mistake on being, “first time college parents,” and that’s probably true...but when you’re dealing with the potential cost of $200k+, you’d think they’d do a little homework, such as asking the school about money for Dean’s List, etc.

Colleges do NOT have buckets of money set aside for “good grades.” Good grades are expected....and colleges aren’t like parents handing out dollars for each A on a report card.

Frankly, there is so much grade-inflation going on in colleges today that schools are reporting huge numbers of students on their Dean’s Lists. Schools would go broke if they rewarded those achievements with tuition discounts.

Getting back to the families....they’re in a pickle. Their kids love their schools. The parents can’t afford the schools and don’t want to borrow large amounts for the whole 4 years. One dad told me that he tried to get his son to transfer at mid-year but the son has a “new girlfriend,” and won’t consider transferring. Parent won’t put on the big-boy pants and just insist and refuse to pay for the unaffordable school. The dad is furious and even took his anger out on me! Lol. (I had never met these people before last night so I had nothing to do with their mistaken beliefs.)


I’m writing this post as a “heads up” to parents and students who might be about to make the huge mistake of choosing an expensive school with the belief that they’ll only have to “suck it up” and pay high tuition for a short time. No. When you pick a college, look at the projected cost as what you’ll pay for every year....AND expect some increases in costs each year due to inflation...each year tuition, dorms, meal plans will go up in price at nearly every school.

Do not expect any sort of tuition reduction or scholarship for “good grades” in college. In fact, typically dept majors have extremely small budgets for any sort of awards, and those are often reserved as “one year only prizes” given to the top student or few students in the dept. Some depts may have several endowed awards to give away, but again, those are usually small awards and often only for one year. “Mark Smith” or “Mary Jones” may have endowed a $2k per year prize given to the the top math junior or top French junior....or something like that.

So, please encourage people to read this thread. Encourage parents and high school students to join College Confidential and learn about this whole process. Membership is free, remind them!! We’re here to help everyone, first time parents are our specialty!!!

Replies to: Do NOT assume that a Scholarship will be given to Current College Student for Being on Dean’s List!