Get all the info you need to know to complete the FAFSA during our LIVE webinar Thursday, Sept 24, at 7pm ET. Hear from financial aid experts on deadlines, what documents you will need, and how your info will be used to calculate aid. REGISTER NOW and share your questions.
PARENTS4PARENTS: AfroPuffMom is the mother of two boys, a college junior and a high school junior. She has extensive experience reviewing applications for high-achieving, first-generation students. ASK HER ANYTHING!
Make sure to check out our September Checklist for HS Seniors. Consult these quick resources to get you started on the process this month. 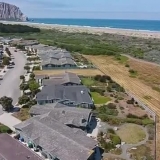 TdoesCollege 180 replies1 threads Junior Member
September 11 in Financial Aid & Scholarships
For the Fall 2020 quarter, my third year DC is committed (by lease) to a room in an on-campus, privately run flat. The lease dates were changed from June 2020-June 2021 to Sept 2020-Sept 2021 as an option from the leasing company in May. All of their classes are virtual/remote. At this time, we're considering having DC reside at home for Fall quarter, but continue to pay "rent" to hold his room in the flat for Winter and/or Spring. We are not being offered the option to cancel the lease, short of finding a sublet tenant (HAH!). We're on the hook for the entire year's rent.

That being said, does anyone have any suggestions as to where definitive guidelines to help determine if 529 plan dollars can be used to pay for this arrangement might be found? Or, could we use some 529 dollars, based on institutional COA for living at home, to help defray the on-campus flat cost? (similar to what was suggested in https://talk.collegeconfidential.com/financial-aid-scholarships/2193490-can-529-be-used-to-pay-rent-utilities-on-an-office-workspace.html#latest)

Based on another 529 thread, can anyone offer search suggestions for definitive guidelines regarding the tax implications of "charging rent" vs using the institutional COA for 529 withdrawals without "charging rent"?

Thanks for any suggestions or direction.
September 11
4 replies
0 · Reply · Share