IMPORTANT NEWS: CC Forums are now in read-only mode as the team is working on the transition to a new look with enhanced features. We anticipate full service on the site to return on Nov. 24. Read more about this here!

My Dad Wants Me To Apply To Harvard 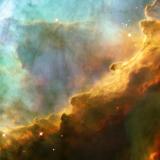 Cosmological 779 replies60 threads Member
November 2014 in Harvard University
I'm making this thread hoping to get a lot of constructive comments so that I can send it to my dad and educate him.

I want to major in Physics and Mathematics

All graphs I look at show nobody with my GPA getting in. The only people who get in with my GPA are recruited athletes. On my school's Naviance, 1 out of 70 kids got in in the past 10 years, and he had a 96.61 GPA (Mine is an 89).

I don't have very outstanding extracurriculars, let alone ones that would mitigate my GPA.

Legacy not anything significant, not parents, just an aunt and an uncle.

Applying to Harvard would take a lot of effort for a result that is close to a 100% probability going to be a rejection.
I would like to spend a lot of time on the applications that really matter to me, like Reed College, a school I really really like. The reachiest school I am applying to is UChicago, but my main hope rests on the high emphasis on the essay. I have a good range of schools, from safeties to reaches, and I love them all, so I don't see why my Dad is bent on having me apply to Harvard.

This is also kind of a surprise because my dad never really pushed me academically as a kid, but now he wants me to apply to one of the most selective schools in the country. He doesn't even know that much about Harvard. I also asked him that if I got into both Caltech and Harvard, which school would he want me to go to, and he said Harvard (When Caltech would be a bit better for Physics and Math).
November 2014
16 replies
0 · Reply · Share

Replies to: My Dad Wants Me To Apply To Harvard