Should I try out for my high school's volleyball team? 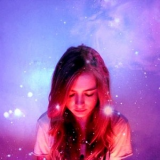 rosebud30 58 replies35 threads Junior Member
July 2014 in High School Life
So basically, I tried out my freshman year, and I didn't make it. I got better over the summer, but I was too afraid to try out when I was a sophomore. When I was playing in gym class, lots of the girls on the team told me that I was much better than some of the people that had made JV that year. This summer, I'm doing camps just because I love the sport, and of the 2 coaches that I've had, one told me that I could probably be playing for my school, and the other said that I should be. He said that he's seen my school's varsity team, and that I should be on it. He also said that at the very least, I should see if they'll take me as a junior on JV.
I wasn't really expecting this kind of response, and I was kinda taken aback. I mean, it would mean the world to me to play on my school's team, but I'm wary because as you know, it's kinda clique-y. Tryouts are in 2 weeks, and I haven't been to any of the open gyms! I'm also planning on taking 4 AP classes this coming year, and playing JV or varsity might make that a little bit tough.
I also have no experience playing really competitively. At camps, I can keep up with the girls that play varsity for their schools, but I've never played on a club team or anything. I've only ever played rec, and my school's team is pretty competitive (we won state championships 3 years ago). Please help me out!
July 2014
7 replies
0 · Reply · Share

Replies to: Should I try out for my high school's volleyball team?