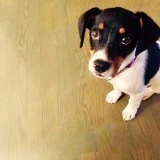 Mastodon97 678 replies47 threads Member
April 2017 in Investment Banking
Hello all, I am a current college student who has been accepted to Vanderbilt as an Econ transfer and Cornell in the Industrial and Labor Relations school (just today in fact). My deadline is fast approaching and I need to decide which would be better for investment banking. I am interested in mostly BB, preferably in NYC but the location is not very important. I have read many threads online about both of these schools, but still not exactly in the situation that I am in. With Cornell, I will not be able to transfer into any other major or school due to their university policy, so I would graduate as an Industrial and Labor Relations major. At Vanderbilt, I will graduate as an Econ major, but I could change it to a different one (but I wouldn't see the point as Vanderbilt does not have a finance major). Both schools are offering generous aid that's pretty equivalent, so it pretty much boils down to which one would have the best prospects of breaking into IB? Thanks for your help.
April 2017
36 replies
2 · Reply · Share
«12»