Get all the info you need to know to complete the FAFSA during our LIVE webinar Thursday, Sept 24, at 7pm ET. Hear from financial aid experts on deadlines, what documents you will need, and how your info will be used to calculate aid. REGISTER NOW and share your questions.
PARENTS4PARENTS: AfroPuffMom is the mother of two boys, a college junior and a high school junior. She has extensive experience reviewing applications for high-achieving, first-generation students. ASK HER ANYTHING!
Make sure to check out our September Checklist for HS Seniors. Consult these quick resources to get you started on the process this month.

Why major in Journalism? 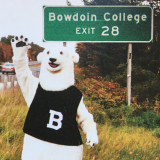 homerdog 8852 replies120 threads Senior Member
September 6 in Journalism Major
Our D21 thinks she might be interested in journalism. She's EIC of the yearbook and won a state wide contest for a piece of narrative non-fiction that she wrote. She's interested in politics. STEM really not her thing. Of course we want her to study what she likes but she's very realistic and she really wants to be self-sufficient and worries about job security.

The second bit of advice I saw often was to NOT major in communications. That is not a gateway to journalism. Read that there's a glut of kids majoring in communications. I'll have to look more closely at the schools on her list that offer a communications major and see if I can figure out what those kids do after graduation. While she currently thinks of journalism as a very narrow field (newspapers, etc), I think she might like PR or advertising or marketing.

The last thing I gleaned from my quick search is that one can be successful majoring in something else -poli sci, a foreign language, English, etc - and get the nitty gritty experience while working at the school newspaper. And that internships are key.
She could certainly go this last route at any of the schools on her list. At one point, Lehigh was on the list. They have journalism. U Denver was on the list briefly and they have journalism too.

Is a degree in journalism important if she discovers it's what she'd like to pursue? Is the industry even something worth studying so specifically? If not, what other career paths do you all see for someone with her interests?
September 6
9 replies
0 · Reply · Share

Replies to: Why major in Journalism?