1 DAY until our COVID-19's impact on admissions webinar, tomorrow at 3:00 pm ET. REGISTER NOW and let us know what questions you have and want answered.
Check out our newest addition to the Student Lounge. Go to the "STUDENT HERE: Ask Me Anything!" and connect with fellow students who can answer your school specific questions!
Most of the decisions are in by now. Connect with fellow students and share support for those who didn't get the best news. 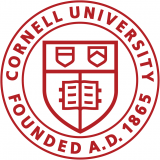