Where would you be right now if you hadn’t accepted your McGill offer? 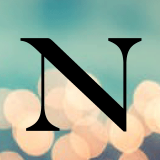 TomSrOfBoston 15908 replies1063 threads Senior Member
April 30 edited July 9 in McGill University
I came across this thread on another chat site to which CC frowns on posting links. Here are some of the responses:

1-Brown or Dartmouth, being buried by student loans and drowning myself in alcohol purchased by some chill 21 yr olds

reply--doesn’t sound like u need to hear this but just in case, you did the right thing!!!

reply--i think i did too! mcgill has been amazing and i love montreal

2-Probably back in Boston at Northeastern or Boston University. S/O to McGill for having cheaper tuition than those two and being a pretty great institution and to Montreal for being an awesome city, which are the biggest reasons I came here.

4-either spending the same amount of tuition (international, so we're talking tens of thousands of dollars) to stay in-state and go to a public university nowhere close to the quality of mcgill, or drowning in debt at a decent university that would have cost twice as much as mcgill even after their highest academic scholarship (which was as much as a mcgill tuition). forever grateful for canada's affordable higher education and forever cursing the cost of american schools

5-I would’ve graduated by now since this school destroyed my mental health lol. Seriously I was taking classes at the local state school I would’ve gone to and it’s almost scary easy. I don’t get how you have a 300 level history class and never write an essay. In a class equivalent to BIOL 200 they gave us all the multiple choice questions before hand!

6-Tulane or Boston University. McGill is a better school and much cheaper so it was a no brainer, but maybe the warm weather at Tulane would’ve been nice lol

7-At Waterloo, I’d rather be here tho.

8-reed college
on the one hand might be better positioned to go into writing like i want to, on the other hand i might be a stoner

9-UC San Diego. I still think I would prefer living in Montreal to La Jolla, but I changed my major to econ after a year here and UCSD has one of the best econ programs in the world. Had I known I was going to do that, my decision may have been differen't. Hindsight is 20/20 though, and I'm very happy here

reply--Do you really think life in Montreal is better than in La Jolla? I found it to be one of the most beautiful places in the world. Montreal sucks so much during the winter. I’m just curious how

reply-- I love the city, cannot stand the suburbs. The beach and weather are nice, but San Diego (and all of southern California, tbh) just felt like a really big suburb. La Jolla seemed like San Diego's retirement home that they decided to put a state school in the middle of. Not my vibe.
April 30 edited July 9
3 replies
Post edited by CCEdit_Suraj on July 9
Tagged:
0 · Reply · Share

Replies to: Where would you be right now if you hadn’t accepted your McGill offer?