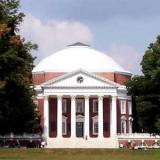 ericd1112 125 replies18 threads Junior Member
June 2012 edited June 2012 in Michigan State University
We took our son to visit both East Lansing and Ann Arbor this spring. While clearly apples and oranges, I've read a lot on CC about the dearth of FA for OOS applicants to UMich. Does the same apply for MSU - or more so? My son has pretty good numbers and a focused interest. Is MSU more aggressive in FA, especially merit-based, for high-achieving OOS kids than UMich? Some of his numbers:

He liked the Honors College - otherwise he probably wouldn't apply to MSU v. UMich. Also applying to UIllinois, UTexas, Rice, Maryland, Dartmouth, Brown, Cornell & Penn (his dream school). He knows the math SAT is low but he doesn't have time to retake and also take the 3 SAT subject tests; hopes his ACT numbers and good SAT II numbers will compensate, since he wants CS.

But $$ is obviously a concern; we know that Ivies & most upper tier privates often beat the net cost for state flagships - but the game design concentration at MSU, and emphasis on intl. study are interesting. If it comes down to it the FA could make a real difference.
June 2012 edited June 2012
3 replies
Post edited by ericd1112 on June 2012
0 · Reply · Share

Replies to: MSU out of state merit-based financial aid?