Make sure to check out our August Checklist for HS Seniors. Consult these quick resources to get you started on the process this month.
GUEST STUDENT OF THE WEEK: 10s4life just graduated from UCLA with a degree in electrical engineering. He'll answer questions about his experience at UCLA or the college admissions process. ASK HIM ANYTHING!
As we work to adjust to the current reality, make sure to check out these dedicated COVID-19 resources: our directory of virtual campus tours, our directory of extended deadlines, as well as the list of schools going test optional this fall.

Freedom of speech at Middlebury? 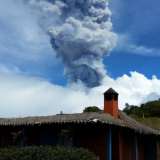 RayManta 221 replies8 threads Junior Member
April 2019 in Middlebury College
This is a difficult, controversial topic, and I hope we are able to stay away from politics and discuss this in a thoughtful manner.

I have read about a recent event at Middlebury where a socially conservative speaker (a Polish professor named Ryszard Legutko, who’d been invited to talk about his recent book, The Demon in Democracy: Totalitarian Tendencies in Free Societies), was suddenly dis-invited after student protest and uproar. Following this, school administrators "apologized to the students for their feelings of discomfort, agreed that they had every right to feel aggrieved, and assured them there’s steps underway to ensure controversial right-wing speakers are not easily invited to campus in the future,” to quote the source, which you can find easily enough on the internet.

I have to be honest, this frightens me. Whatever you may think of his viewpoint, Mr. Legutko appears to be a legitimate academic (at least on this specific subject) and not a rabble-rouser out to inflame tensions or incite hatred, anger, or even violence (let me know if I'm wrong). Midd is high on my daughter's list of schools to apply to next fall, and I am torn as to whether to try to convince her to remove it based on what I am reading. Without getting into politics (hopefully), I am curious as to whether anyone thinks my concerns are overblown and also if this would impact you or your child's college decision.

I'm also curious to know to what extent this sort of event (i.e., school administrations cancelling speaker appearances due to anger of student groups) is becoming commonplace. My daughter is focused on LACs, and recently I've been encouraging her to apply to Oberlin as a "more likely" acceptance (can't use the word "safety" any more), but now I am rethinking it based on Oberlin's reputation, even though this story obviously doesn't involve Oberlin. I've been assuming that, with all these LACs, such stories are overstated--how could such well-regarded schools act so, well, close-minded, and allow the students to dictate the boundaries of academic thought at their institution?--but I now understand that I may have been wrong, and they may be more common and more frequent than I'd like to believe. How prevalent is this today? Is it just at certain schools, or are such freedom-of-speech issues arising across all LACs? Basically: Is this something to worry about?
April 2019
157 replies
2 · Reply · Share
«12345678»

Replies to: Freedom of speech at Middlebury?