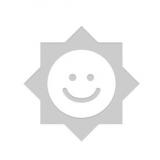 MirandaAugust64 19 replies3 threads New Member
October 2014 edited October 2014 in Mount Holyoke College
I'm considering applying to Mount Holyoke. I was going to, but earlier this school year I took it off my list because of things I'd been hearing. I already have a lot of schools on my list, so I don't need to; but, I will if what I've been hearing about it isn't true.
I've been hearing that the administration many times does not allow students to hold events or parties, and that people are going as far as transferring because the social scene lacks so much and because they feel like their voices aren't being heard.
Is there a lot of red tape? Is the administration not understanding?

Replies to: Administration problems at MHC?