Reality check: What's it actually like at ____ now that your kid is enrolled ? 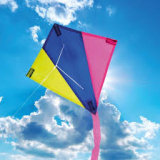 khill87 85 replies3 threads Junior Member
March 2019 edited March 2019 in Music Major
I'm starting this thread specifically to hear from some of the veterans on the board whose kids who completed this process and are already enrolled in (or have recently graduated from) the schools the rest of us are still hoping for or applying to.

Now that your kid has a semester or a few years under their belt, what's it really like there?

To make it easy to read and follow, think of a bulleted list of pros and cons (no more than 3-4 each). Not things we would hear from the brochures, but your kid's reality check on what is in the brochures or what you heard and thought initially.

You do NOT need to address all of these, but some things to think about as you come up with your short list of what you and your kid love and what you're not so crazy about:

-- Environment (supportive, competitive, friendly, cliquish, etc.);
-- Facilities (quality & number of practice rooms, school instruments, libraries, dorms, gyms or athletic facilities, student union or common areas);
-- Performance opportunities (as part of the program, as extracurriculars on campus, or side gigs);
-- Faculty (accessibility, style -- supportive, demanding, etc., skill; anyone particularly amazing who's made a difference for your kid or if there is someone to avoid and people should PM you if considering the school!);
-- Cross-departmental opportunities (is there cross-pollination between opera and musical theater, music and theater, or classical and contemporary, for example, or is it more siloed);
-- Academics (workload, difficulty, ratio of music-to-gen-ed requirements, course offerings);
-- Social life (what does your kid do for fun; are there non-musical things to do; does campus shut down on weekends; opportunities to meet and hang out with non-musicians, etc.);
-- Actual cost of living (were the estimates correct, pleasant or unpleasant surprises, tips);
-- The larger community (safety, things to do in the town or city, availability of off-campus housing, if a university or LAC how the rest of the school impacts the vibe);
-- Happiness (does your kid merely like it or really love it -- or neither, how about other kids -- what's the attrition rate).
-- Anything else your kid talks about or you've observed (campus food, airport/travel hassles every semester, weather, size of program, whatever!)

It would also be great to hear: Was this originally your kid's first choice, back-up plan, or something in-between?

Replies to: Reality check: What's it actually like at ____ now that your kid is enrolled ?