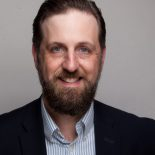 VoiceTeacher 311 replies25 threads Member
August 2014 in Musical Theater Major
I'm trying to collect a little info about how schools handle the following at Unifieds. Any info would be greatly appreciated.

How long are the majority of dance calls at Unifieds?

Are most dance calls in the morning, afternoon, or evening?

Are dance calls part of a callback, or a required part of the audition process?

Do schools usually do a video prescreen for Unifieds?

How long are most of the monologue/song audition time slots?

Do most schools offer information sessions? Are they required in order to audition?

Do any of the schools require an on-campus visit before a final offer is made?

Thank you for your help!

Replies to: Details for Unifieds?