Many schools have delayed their deadlines for enrollment due to COVID-19. Check out our exclusive directory of extended deadlines we know about right now.
STUDENT GUEST OF THE WEEK: Ethan is a burgeoning tech enthusiast who got accepted into Harvard, Yale, Princeton, Duke, Brown. This week he's answering your questions on how to best craft your application and narrow down your college search/decision process. ASK HIM ANYTHING!
Learn from Amy Nelson from International Scholarship and Tuition Services and Denise Trusty from Morehead State how to pay for college amid COVID-19 economic changes. Join us tomorrow at 5pm ET. Register and ask your question NOW. 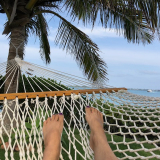 Since nobody has started this thread, thought I’d get the party going.
Below are the categories from prior years and a link to last year's thread: